IN 1980, I WAS 17 YEARS OLD, NEWLY LICENSED and wanting to buy an Impala for my first car. I loved the early  ones, especially the 1960, but they were hard to find in the New York area. Besides, my parents thought it was foolish to buy a 20-year old car. So I settled for a 10-year-old-car, a 1970 Impala. Several months later there was an ad in the local newspaper for a 1960 Bel Air four-door sedan. It wasn’t an Impala, but it was close. I decided to show my parents how foolish I was by negotiating a deal to become the proud new owner of the car. The problem was that I never got their permission to buy a second car. Somehow, I convinced my grandmother to allow me to park (i.e. hide) the car in her garage, which I got away with for a while. Then, one day while I was working under the car in my grandmother’s driveway, my mother pulled up. I remember yelling and words to the effect of, “If you can afford two cars, you can afford to pay rent,” followed by three days of the silent treatment. Eventually, mom and I worked it out; I sold the 1970 Impala and kept the 1960 Bel Air.

I drove the Bel Air throughout college and then my sister drove it for another year or two. The car was deteriorating badly from sitting outside in the harsh New York weather. I sold it and decided that I would buy the car I really wanted, a 1960 Impala, once I had the means to afford and garage it.

By 1994, I was living in Raleigh, NC, where I had recently bought a house with a garage. It was time to search for the Impala. While looking through the August 1994 issue of the Old Car Trader, I saw an ad for a one-family owned, all-original 1960 Impala four-door sedan located in Milledgeville, GA. The Cascade Green and Ermine White Chevy had a 283 engine, three-speed on the column and manual steering and brakes. Kayne Stanley, the granddaughter of the original owner, E. L. Hutchins, told me that her grandfather had driven the car for 31 years before hanging up the keys. The Impala became Kaye’s daily driver for three years, but she was now selling it because she no longer wanted to drive a car without air conditioning in the South Georgia. I travelled to Milledgeville to see the car and reached an agreement to purchase it. 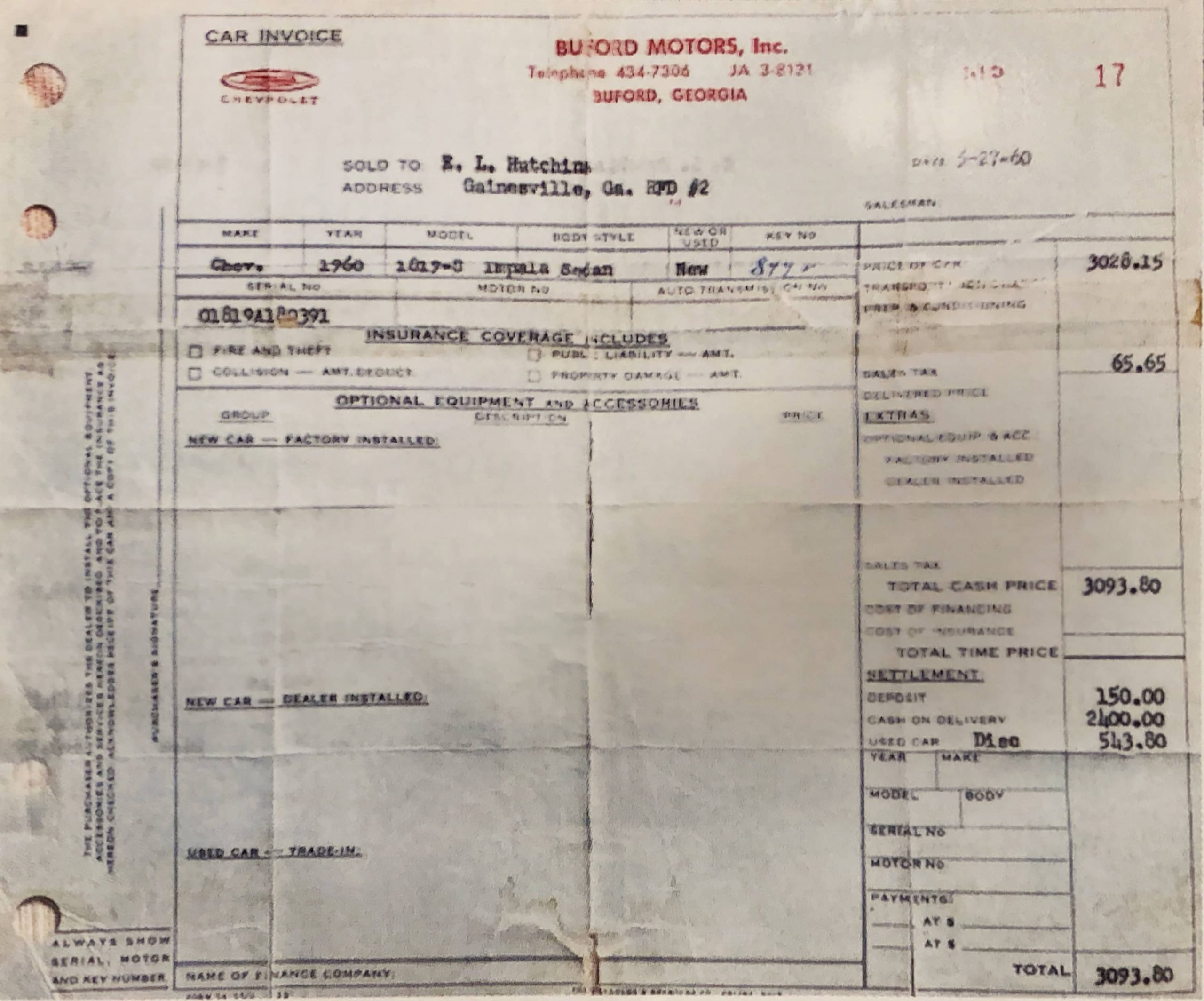 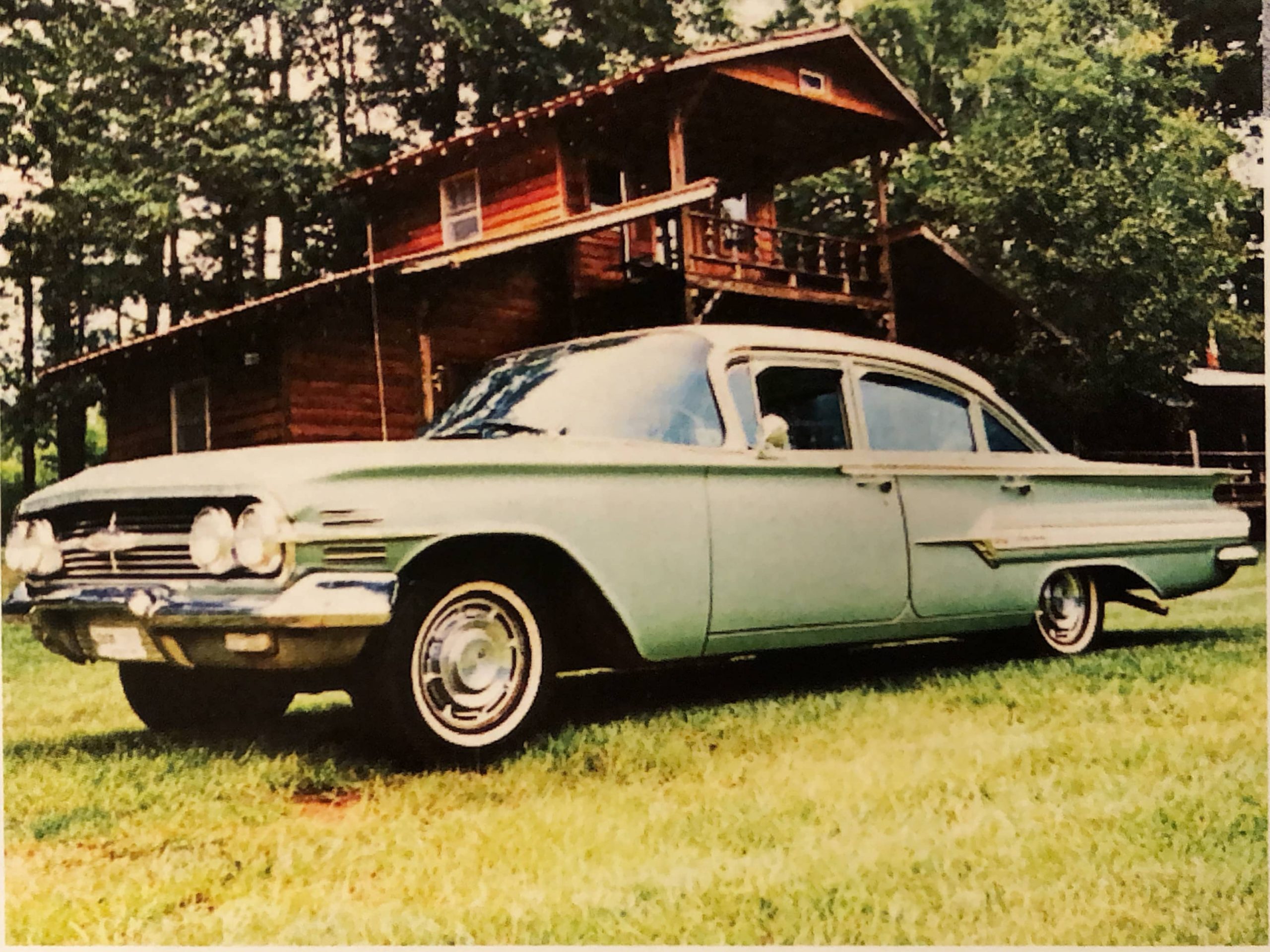 After attending to some mechanical issues, I set my sights on improving the Chevy’s appearance. I got a recommendation for a body shop 35 miles away in Fuquay-Varina, NC that worked on older cars. After meeting with the owners of Automotive Collision Specialists to discuss repairs, Alan, Malcolm and I agreed that the roof needed repainting because surface rust had formed. The newly repainted roof then made the rest of the car look worse, so they also repaired the dented passenger’s side front door. They were hesitant to spot paint the green lacquer, but were surprised how well they were able to blend the new paint with the old. Over the next four years, they repaired the remainder of the body damage and repainted most of the car. I am pleased to say that the quarter panels still wear their factory paint.

The original green and white houndstooth interior was intact, but was badly worn and faded. As a new member of the National Impala Association shortly after purchasing the car, I saw Bill Reid’s ad for 1959-1960 interior fabrication and replacement in their bi-monthly magazine. At the time, he lived 30 miles from my parents’ [sic] house on Long Island, NY. I met with him in 1995 over the Thanksgiving holiday to discuss replacing the interior. I was so impressed with Bill’s knowledge and experience that I drove the Impala from Raleigh to Long Island five months later for him to do all the interior work. He sewed seat covers from original materials and install the seat covers, headliner, wind lace and new carpet. The interior still looks great after 24 years.

I enjoy taking weekend rides with my wife and kids, as well as talking with people about the Impala at car shows or while just driving around town, but the most rewarding part of owning this car has been what its preservation has meant to Kaye Stanley and her family. The car was named Emory after her grandfather. Her grandmother kept a picture of the restored car on her nightstand to remind her of her late husband. Kaye and I have maintained a 26-year friendship thanks to this very special Chevy. 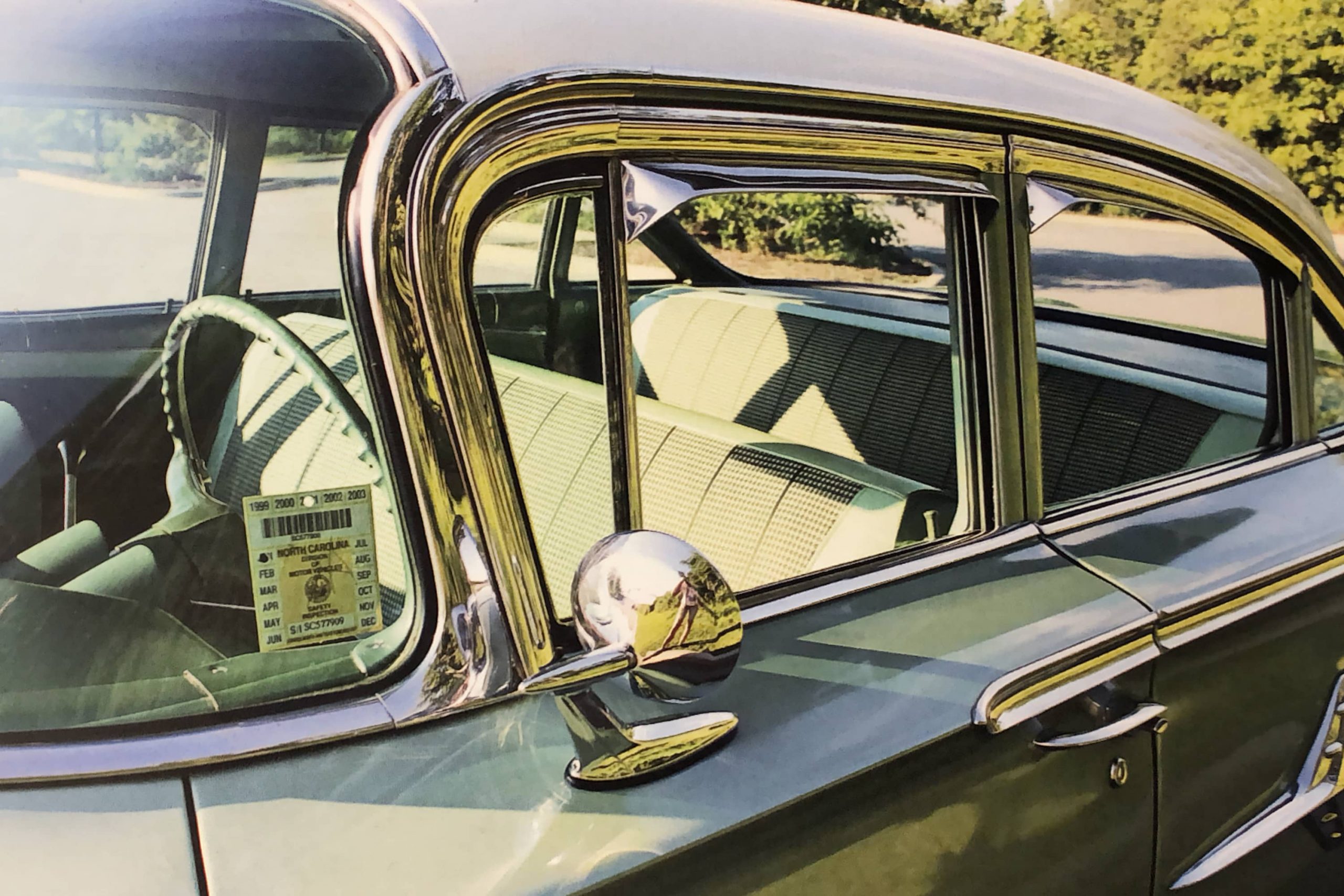 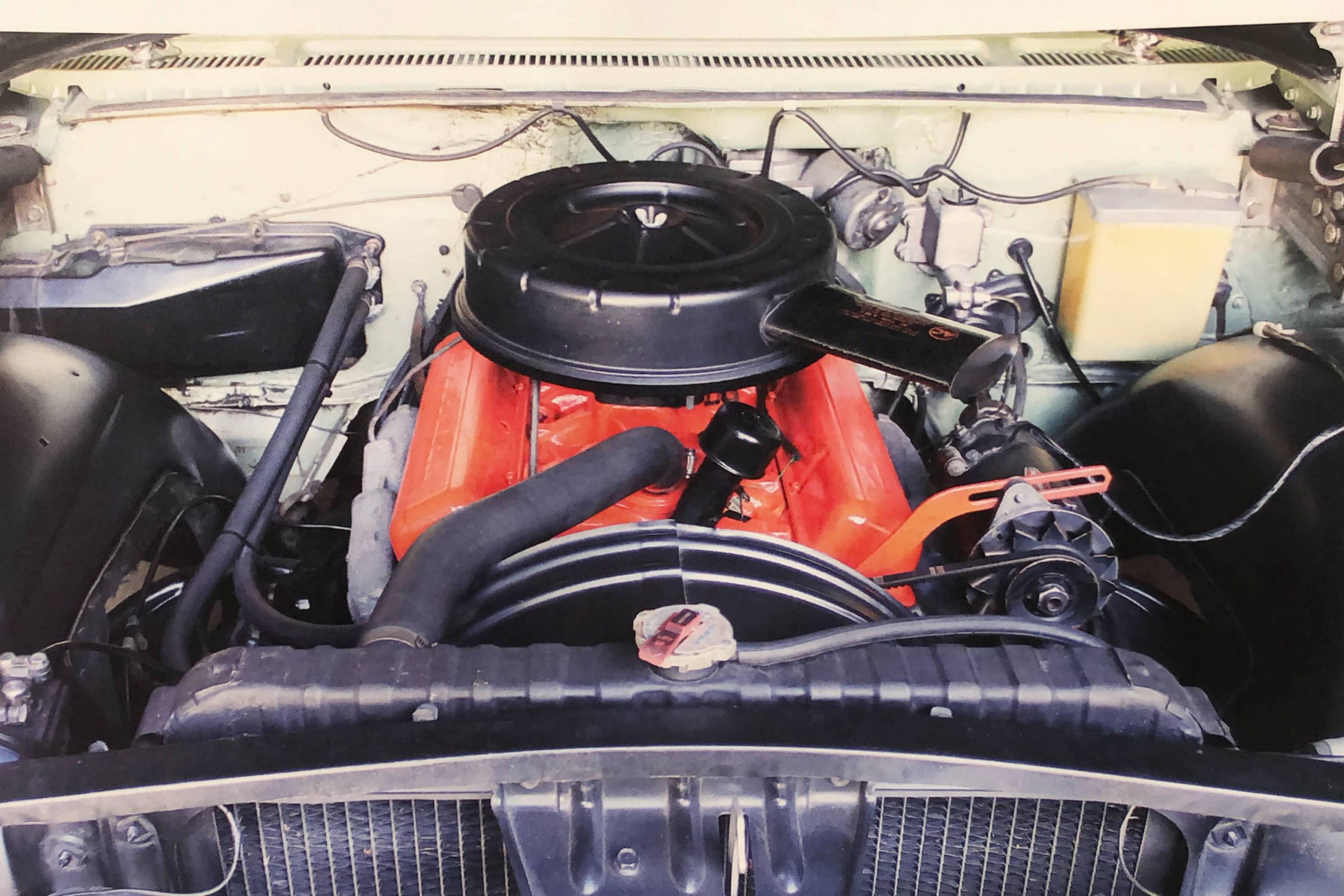 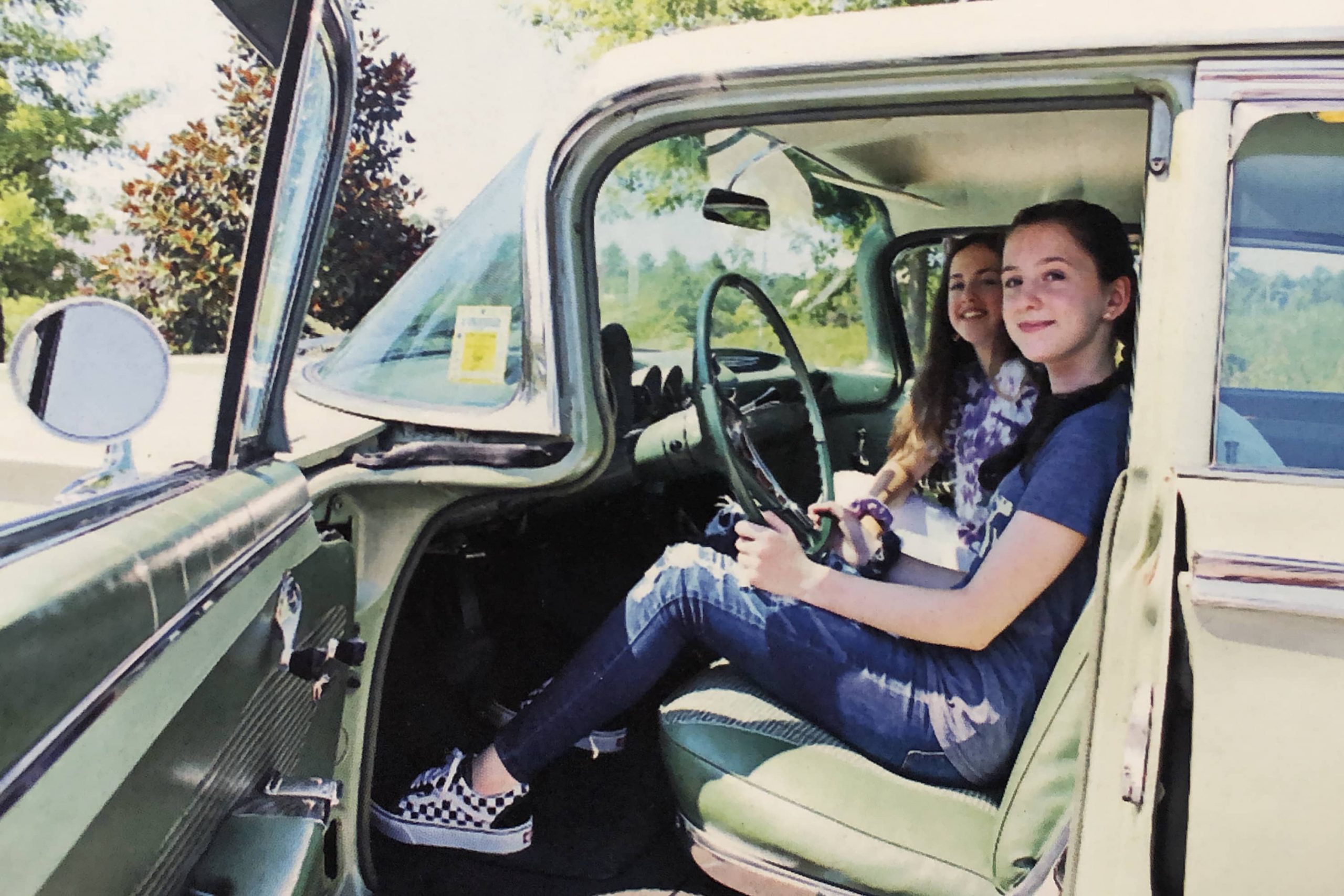 Please visit VCCA.org to learn more about their commitment to preservation, restoration, and enjoyment of Chevrolet and GMC vehicles!